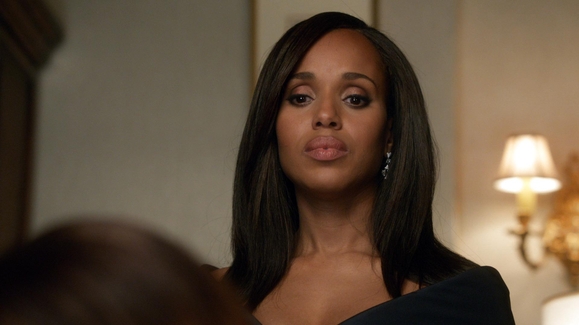 Last week’s two-hour finale of Scandal felt like the beginning of the end. And that’s because it was. After six seasons Shonda Rhimes’ birther of live-tweeting prime time will air its final season in the fall. What better send-off than the show’s hero living long enough to transition to a villain. Olivia Pope forever relinquished her White Hat when she summoned newly-appointed Vice President Luna Vargas to take her own life. That’s right. The former #Gladiator-in-chief pressured the second-highest powerful individual in the land to commit suicide. A somber tribute to her husband – the late president-elect – whom she had assassinated. Because you’re nobody ’til somebody kills you.

Granted Olivia’s track record isn’t clean. We’ve witnessed her the past five seasons fix an election, carry on an affair with the president and murder a man with a metal chair. But in fairness, he had it coming – and these other acts were for the greater good. Regardless of her methods, Olivia always retreated back to her haven of light whenever her gut tip-toed too close to the darkness. But this time Olivia didn’t retreat. She dove in head first, swimming, treading, inviting the darkness to dwell within. The White Hat is dead. Long live Command.

I believe Olivia was destined for diabolical greatness – it’s hereditary. Both Rowan and Maya are evil personified. Cold, calculating parents who taught their only offspring to want nothing but the best. Liv’s thirst for power had always been evident. She possessed the Force, stemming her Jedi mind tricks with Pope and Associates. But the closer she was to the White House, the stronger the dark side begged her to loose her defenses.

Her aligning with the Empire was first evident when she and Fitz went “public.” She never really loved the man; she loved the access he possessed and worked her black girl magic on him like white on rice. The lust surfaced again in the attempt to cast Mellie as the first female president. She could taste the blood in the water. Now that the mantle is finally hers, nothing and no one wills stand in her way.

I adore this newly, self-aware Olivia. She’s embracing the monster within. She sees the blood on her hands and isn’t washing them off. She’d rather licks her hands clean, enough for her next target.